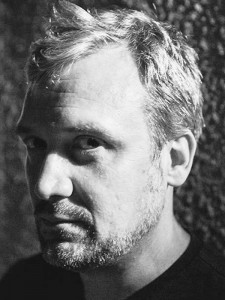 Find out how to make Hollywood producers want to work with you again and again by building producer rapport using advice from industry veteran, John Crye.

As part of our ongoing series, which asks our producers about their work in the entertainment business, I talked with John Crye, a current Hollywood producer and Voyage team member, about his work in the industry.

Here you can read some of his own personal advice on building producer rapport in Hollywood, what a writer can do to make a producer’s life easier–and get them to fall in love with your script while they’re at it.

Crye–the former director of Creative Affairs at Newmarket Films, who had a hand in acquiring such modern-day classics as Donnie Darko, Memento, and Whale Rider–has more recently moved on to independent writing, directing, and producing. In his many years in the entertainment business, he’s learned a lot from experience about the production world and the professionals who inhabit it.

I asked him about any advice he had to give to writers thinking about entering the business, from the perspective of someone who had not only written himself but also worked extensively with writers as a producer. A common theme tended to reappear in his advice: understanding your producer’s needs is crucial to getting your story made in a way that’s satisfying for everyone. In the most basic terms: you need to make their job as easy as possible.

So the question remains: why do YOU need to make their job easy? Aren’t THEY supposed to work for YOU?

While a producer is indeed there to pave the way for your story to be made, that doesn’t mean much if you can’t get them to attach to your project! First and foremost, it’s important to remember that a producer’s life can be very hectic—the more you can do to build a relationship and make their job easier, the easier it will be for them to make the decision to make it to the finish line with your script.

With this important foundation in mind, here’s some of the advice Crye had to share about building producer rapport in Hollywood:

1. FOCUS ON CRAFT, NOT GENRE

When Crye is drawn to particular scripts, it’s because he finds something that connects with him on a gut level. But even though he’s delved into the realm of thriller, sci-fi, and horror-genre works in the past, it doesn’t mean that genre is the only thing that influences his decision.

Crye says that it’s not the genre, but rather what the writer DOES with the genre that matters in the script. As a connoisseur of genre film, he knows the expected archetypes and commonalities that link those films together. When those archetypes are mixed up and put together in new and surprising ways by an adept storyteller, it makes Crye much more excited to work with that writer and see what else they can do.

“Because the tropes and archetypes of genre are so defined,” Crye says, “it’s easy to see the skill of the storyteller laid out over all of that.” With a multitude of genre movies to compare it to, your script can be a great indicator of the strength of your own writing voice.

Crye compares it to a band doing a cover song.  You know if a band is good or bad by listening to them, but sometimes you can’t pinpoint precisely what it is that makes them unique until you hear them cover someone else. That’s when the differences and idiosyncrasies of the players stand out in contrast to the original version of the song.

“There’s nothing new under the sun,” Crye says. But knowing how to take the old and make it your own is an important skill that any producer will look for in a writer.

2. USE YOUR PRODUCER TO YOUR SCRIPT’S ADVANTAGE

Though any given producer will have a different background from the next, most have experience in multiple areas of storytelling that make them fit to bring many different types of stories to screen. In John Crye’s particular case, he started out in acting, writing, and stand up comedy before moving to development and production.

Crye holds a unified theory of film creation, in that he believes all of his experience in every area of the industry informs his production decisions. And his story is not unique among producers—many of them will have diverse backgrounds that make them capable to bringing together all the elements of a screen production.

Says Crye of his role in the process: “I act like a translator between the money and the creatives.” When you, as a writer, can get that translator to speak for you, the process of making your script come to life will run much smoother than it would without an experienced producer on your side. Use their knowledge to your advantage!

If your producer feels like you don’t want to listen to their advice or aren’t taking their criticisms seriously, it can be easy for them to start to wonder why you brought them on at all. Take their notes to heart—that kind of expertise will be invaluable down the line.

This may seem like a no-brainer at this point, but it’s worth repeating that producers LOVE a writer with a strong work ethic. It’s beneficial to have a lot of material for them to choose from, especially if you’re someone they might want to work with again (the key to a lasting career).

But Crye warns against clinging to just one idea. “Don’t get hung up or get too precious about any individual script. There is no one story that is your story—you’ve got LOTS and LOTS of stories.” Sure, you might have that one story you have to write, the one that’s close to your heart, the one that means the world to you. But remember that there’s more to the world—and to yourself!—than just one story. Write your magnum opus, make it great, and then keep writing.

Who knows…maybe you’ll even find a bigger, better story when you do!

Crye’s number one piece of advice to writers is to make sure that you are able to understand and respond to criticism from your producer—especially after you’ve been paid. While he understands that a lot of writers will want to defend their work from being overly-rewritten by outside forces, a big part of screenwriting is recognizing that this aspect of criticism is simply a part of the profession.

Crye urges writers to think about it from the producer’s side: since they’ve already paid money for your script, they now should have a stake in its content. He warns: “If you accept their money, it’s no longer just art—it’s professionalism.”

But thinking about your producer as your adversary isn’t helpful either. Crye urges writers to consider their producer as, at the very least, their partner. They WANT your movie to get made, and they WANT it to be the best it can possibly be. And many producers, like Crye himself, have an extensive background in writing that can be at your disposal.

Though it’s true that some notes may miss the point you’re trying to make, or may be clumsy in their explanation, the reason why the producer wanted the change is almost always very valid. Crye advises writers to look for the “note behind the note” in any criticism—though their changes might not work for you, what is the point they’re really trying to make? And how can you both find a common ground?

It’s professionalism like this that makes Crye look forward to working with a particular writer, which is the key to building producer rapport. And by utilizing these tips, you too can exude that professionalism to get the most out of both your script, and your producer!

Still think you’ve got more to learn from the real industry professionals? Don’t worry: more interviews with working producers like Crye are just around the corner! If you missed our previous interview with producer Charlsey Adkins, click here!

Stay tuned to the blog for new insights and interviews with more of Voyage’s own producing team members–and, if you haven’t already, sign up for more email updates!

John Crye spent 10+ years as the Director of Creative affairs at Newmarket Films. While at Newmarket, he acquired MEMENTO (dir. Christopher Nolan), DONNIE DARKO, and WHALE RIDER, three classic films on the Independent circuit. Crye wore many hats at Newmarket, where he helped develop PASSION OF THE CHRIST, MEMENTO, and CRUEL INTENTIONS, and also created online marketing campaigns for WHALE RIDER and the theatrical Director’s Cut re-release of DONNIE DARKO. When Newmarket was acquired in 2009 by Exclusive Media Group, Crye was promoted to Vice President of Acquisitions and Production. In 2010, he left Exclusive Media Group to form Wrekin Hill Entertainment, an independent production and distribution company, where Crye served as President of Production and Acquisitions. Crye currently works as an Independent writer/director/ producer whose website Fewdio served as home to original web series Nightmare House, for which Crye wrote, directed, and produced 30 episodes that garnered over 3 million viewers across multiple online outlets. Crye also co-produced and co-wrote The Adventures Of Santa Claus, an animated feature based on the work of L. Frank Baum, and co-produced HAPPY HOLIDAYS, a 2008 Independent feature now available on DVD and VOD platforms.