You Only Get ONE Shot—Capture Producers with the Perfect Hook 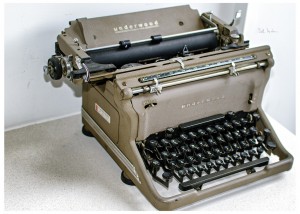 We just talked last week about this notion of idea plus execution for getting a producer to come to YOU for your project.  In order to give your project a fighting chance, you’ve got to take action!  This week, I want to dive in on what makes a project marketable.  What makes an idea strong?  What makes an idea ‘good’ (or appealing to buyers and producers)?

A Good Idea is a Marketable Idea

Ultimately, what it comes down to is whether an audience wants to consume it (or watch it).  That’s when you have an idea that’s marketable. Pretty simple, right?

Not quite that simple, unfortunately. If you keep up with our posts, you probably know by now that there is a vast amount of different markets within entertainment, so it’s definitely not a one size fits all business. It gets very niche and specific. What makes a good tent pole movie is totally different than an equally good indie drama… A great micro budget horror film is nothing like an edgy romantic comedy… What about a scripted drama for CBS? And this is just the beginning.

How the Hook Comes Into Play

The one element that comes into play in every market is really the notion of a hook. Presenting something with an extremely unique point of view can be a hook – but the hook doesn’t necessarily have anything to do with the content.  For instance, in terms of subject matter, maybe your story is about polar bears in the North Pole.  That’s the subject matter. It’s not a hook. Here’s the hook: the bear was born with pink fur and must find his way across the arctic icecap to find his family. A silly example, but it illustrates the point.

A producer in the family entertainment market will probably have read 10 scripts about polar bears this year, but the one about the polar bear who was born pink… That’s a unique hook!

As our culture consumes more media and content, the greater challenge it is to fulfill the sensory needs of our culture as an audience. We want to experience something fresh, unique, interesting, or maybe even something that makes us slightly edgy or uncomfortable (or scared, if it’s a horror movie). It can be similar to stories that have been told before (this is a fact of life when it comes to storytelling), but what is it about how it’s being told that is unique this time?  The hook is becoming increasingly important as we search for new ways to connect with the stories we’re finding familiar, especially in a culture that is exposed to as much media as ours is.

The Process of Finding Your Hook

You can discover your hook in a variety of ways, but there are a few techniques that work time and time again. Filmmakers often use the process of collaboration.  We’ve found that riffing with somebody else about your project (preferably somebody more experienced or with different insights than you), and working and reworking an idea is one of the best ways to encourage a great hook to emerge.

Sometimes it’s much more simple – you just wake up and you’ve got your hook. I’m passionate about polar bears, so there’s my premise.  Suddenly, I come up with the hook of a polar bear that was born pink. I know the family entertainment sector is a growing sector. I have the skills to write a story for the family entertainment audience, so I get started on the project. Boom.

Sometimes it’s in reverse.  If you’re more of a market player, you might be in the business of identifying your story and your hook after you’ve identified your market, or after some years of working within a particular market. This process is unique for each project and individual.

Testing Your Hook With Comparables

Essentially, we use market research to test out a hook. If you’re an emerging filmmaker, you may not know all the projects that are out there in the market or in development that are similar to yours. A seasoned producer, such as our team here at Voyage, will know what is currently moving through the market and in development around town, and even the approach those filmmakers are using to bring them to market.

Looking at the projects that are currently in development or moving around the market will give you comparables.  For example, if a filmmaker came to me with their hook and said, “I’ve got a great story about a polar bear trying to find its family.” Great. But I know the story of the lost pink polar bear is being developed by another producer, so I’d tell either tell them their hook isn’t strong enough, or I might just ask how the film is different than the last polar bear movie I saw.

So looking at comparables (either those that are in development or those that have been finished recently) can help you determine if you’ve actually got something unique and interesting.

Getting Feedback on Your Hook

The feedback you get will always depends on the person you’re asking – and this applies to everything, not just the entertainment industry.  If you ask your mom, who has unconditional love for you and thinks everything you write is wonderful, and then go and ask a film finance person, who’s literally getting ready to make bets with his wallet… You’re going to get some very different feedback.

Provided that you’re working with people who fit one of those three characteristics, running ideas by them can be an extremely beneficial and productive thing to do.  You can see what starts to resonate with them and adjust your approach based on their feedback.

The Next Steps in Succeeding With Your Film Project

In the coming weeks, we’re going to dive deeper into expanding the notion of execution. What does execution mean exactly, and how do you do it the correctly and effectively?  This incorporates packaging, distribution strategy, and marketing strategy.

In short, from start to finish, you need:

If you’ve got all of those things executed to market satisfaction, there is no reason your film or television series would not be financed and distributed.  There are literally zero reasons. Now, doing that isn’t easy.  There are a gazillion people all trying to do that, so it’s not something to be cavalier about. It takes a lot of work…so get started!