How rethinking your writing can help you bounce back from rejection 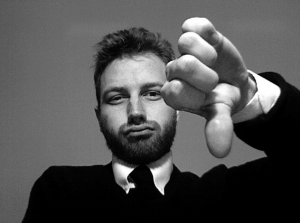 You don’t need me to tell you that rejections are tough. The stories we tell, the ones we really care about and want to see come to life, are our darlings.

They’re the result of hard work and tough love.

When you’ve got a story that you’ve slaved away on for weeks, months, or even years of your life, it can be crushing to take that project to a producer and be told it’s not what they want. Worse—they might not even respond to you at all!

So how are you, as a writer, expected to traverse the minefield of rejection and criticism we call “Hollywood”?

You only have a few minutes, at most, to capture their attention… So what do you say and do to get that producer interested in your book or script?

First: don’t panic. Rejection is just as much a part of writing as hand cramps and eye strain. Even the greatest writers can get rejected at the height of their established careers. By nature of marketing to the changing landscape of film, not everything you write is going to find its audience on the first go around.

It’s what you do next after your script gets sent back to your doorstep that really counts.

Before you plan your next move, it’s important to understand the two types of feedback you can get from a producer…

If you’ve gotten critical feedback from a producer who’s read your script, you’re already a step ahead on the road to improving your writing’s marketability.

Find the patterns in the criticism you’re receiving.

Have five different people told you your characters are stiff and wooden as planks? Are you always being told that the tone of your script doesn’t fit its genre? Do you keep hearing that your first act falls flat? Then these might be some criticisms you can trust.

On the other hand, your script might have just been read by an intern having a bad day. Or maybe the producer skimmed it, didn’t share your taste, or didn’t have the time to read it at all. In that case, you’ll get unreliable feedback, or no feedback at all.

Although there are many possible “next steps” you can take after a rejected script, the scenario we’ll tackle today involves the latter type of feedback: where you’ve gotten little useful feedback from your target, or you’ve tried to push a project through with many revisions but no takers.

We have come up with some questions you can ask yourself to help:

A big part of how you react to rejection is based on your personal writing paradigm. If you’re wondering why your script isn’t receiving the attention you want it to get, the first thing you need to do is take a step back and ask yourself the big question:

Neither of these approaches are inherently right or wrong. Striving for artistic integrity isn’t foolish—if you’re writing about a cause you particularly believe in, or a topic you are personally invested in, your passion could be the driving force that gets your project made. Conversely, writing to make a living doesn’t have to be soulless. A pragmatic approach can help you choose the stories that will be of interest to both yourself and a larger audience.

Consider the amount of time you’ve spent on editing your project. Is it time that could have been used to move on to something fresher and newer? If you aren’t finding a market even after several tries of tailoring your script to suggestions of your critics, it may just not be the time for your project to sell.

If your script is a passion project for you and you’re committed to keeping its artistic integrity, or this is the only story you want to tell, by all means keep polishing it until the market comes around. But if you’re planning on making a career as a writer, this situation is a big red flag alerting you to move on to a new script. Even if you think you have nothing new to tell, you might surprise yourself by trying a different subject matter that interests you.

So what kind of project should you move on to? The answer depends on what stories already make up your portfolio—that is, all of the scripts you have ready to go out to a producer at a moment’s notice.

How Do You Build Your Portfolio?

Often, the advice given to writers trying to build a body of work that will get them noticed is to focus on the depth, rather than the breadth, of their work. That is to say, if you send out a script that is in the thriller genre, you should have more examples of thriller work that you can easily send out when a producer asks “what else do you have just like this?”

If all you’ve got to show them is a children’s movie, a historical miniseries, and a romantic comedy, it might confuse the image you’re trying to present.

There’s something to be said for being the master of one genre or aspect of writing, but the “depth vs. breadth” debate is misleading in its oversimplification. Yes, having a portfolio without a clear focus is confusing and can be a problem for some producers. But that focus doesn’t have to be genre!

In order to build a cohesive image, you need to focus on three areas of your work:

Your Voice: How do you want to express yourself? What are the qualities that make you different from other writers? Your voice is your most unique and noticeable commodity—don’t squander it by writing what you think a producer migh tpossibly like.

Your Passion: What do you care about? What do you find compelling? Although it can be tempting to try and chase what topics are hot in the filmmaking market, remember that nothing is as compelling to an audience as something that personally moves the writer. If the big thing right now is stories about killer mermaids, but you’ve always been a fan of fast food-themed melodramas, it’s unlikely you’ll be able to fake the enthusiasm needed to write a great draft of Mermurders IV: Attack Of The Fins.

Your Audience : Who do you want to be watching your final product? Go farther than the demographics—don’t just say you want to make a television series watched by 18-25 year old males. Be specific! Go a step further and create an avatar in your mind of your ideal audience. Visualize them. What do they look like? Where do they work? What other media do they admire? How do they relate to each other? Use these questions to give yourself intimate knowledge of your audience, and with it a better understanding of how your work can connect to people who will most appreciate it.

So you’ve identified your voice, your passion, and your audience. What’s next?

Putting It All Together

For a real-life example of this model in action, take a look at screenwriter Diablo Cody. Her best-known works include a teen pregnancy story, a high school horror comedy, and a television series about a woman with multiple personalities. At first glance, these don’t seem to have much in common. But in script form, her quirky, pop-culture riddled voice comes flying off the page.

If you build your writing strategy around these three concepts, you’ll have a much better understanding of what works in your writing, and what doesn’t. It’s as much an individual process as it is a market process. However, if you work to be aware of and write to your strengths, you’ll be able to market yourself as effectively as possible.

Knowing how to adapt to the needs of the ever-changing market can be a writer’s most powerful secret weapon in their fight through the crowded script marketplace. By adapting your scripts, your angle, and yourself, you’ll find that rejection can be just as motivating as praise.