So You Finished Your Script … Now What? 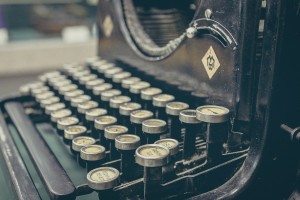 Do you have a finished script?

Well, give yourself a pat on the back and take a moment to appreciate your labor of love…

Now roll up your sleeves and make a fresh pot of coffee because it’s time to get back to work!

The first thing you should do immediately upon finishing your first draft is think about your next draft, and that means asking yourself some tough yet necessary questions.

No, we don’t mean, “What’s for lunch?” (although that’s a pretty important question too).

We mean that you need examine your draft with a keen and honest eye in order to zero in on its strengths and weaknesses. That way, you can make your second draft all the more intriguing and marketable.

As you probably already know, this town is filled with scripts…producers and agents are literally buried in them. And on every desk there are lots of good scripts, but there are not a lot of great scripts.

If your script doesn’t grab the attention of the producer, agent, or director in the first 5-10 pages, you can assume that he or she is going to move on to the next one in the sky-high stack on their desk/kitchen table/floor (you get the picture).

But here’s the problem…re-writes can seem about as daunting as doing your high school math homework.

But don’t worry because we’ve got your back!

To help make your script a standout on Mr. Producer’s desk (while also avoiding the feeling that you’re back in Algebra I), we’ve come up with the top 5 questions you should be asking yourself during your re-write.

1. WHAT IS MY CENTRAL IDEA?

Instead, think of it as the backbone of the story, which should be present in every, single scene.

The super heroes can only save the world once they come together as a team.

2. WHO IS MY CENTRAL CHARACTER AND WHAT ARE THEIR CONSCIOUS AND UNCONSCIOUS DESIRES?

Once you’ve got that covered, you need to establish what this main character’s conscious and unconscious desires are to help drive the plot.

The conscious desire is what the central character thinks they want, and should set the status quo of your script. It should also be established in the first 10-20 pages.

The unconscious desire is what the central character learns they really want during their journey. It’s often contradictory to the conscious desire and a “better” desire to have—but not always.

*Hint* These opposing forces united in the central character’s psyche usually present an excellent opportunity to explore the human condition.

Here’s an example of the conscious vs. unconscious desires of the characters from THE AVENGERS.

In this example, the characters must overcome the urge to be a singular hero and work together as a team in order to save the world.

3. WHAT IS MY CENTRAL CHARACTER’S FATAL FLAW?

The fatal flaw is an aspect of your central character’s personality that prevents them from achieving their unconscious desires and should also be clearly set up early on in your script.

By doing so, you will successfully identify and begin to build on the internal and presumably tumultuous journey that the central character will go on throughout the movie/show.

4. WHAT IS MY OVERARCHING CONFLICT?

The overarching conflict is the primary challenge or set of challenges your central character faces; it drives the plot.

*Hint* The overarching conflict is often fueled by antagonistic forces, which is the person, group, force of nature, or aspect of the central character’s personality that stands in their way of achieving a goal.

The conflict should become increasingly difficult as the story goes on in order to raise the stakes and set the reader up for the climax.

5. WHAT IS THE CRITICAL DECISION?

This is the choice the central character is forced to make toward the end of the story that will lead them to victory or defat. At the characters lowest point in the story, they are forced to make this critical decision by turning inward and working to realize the truth about who they are and what they really want.

Think of it this as the culmination of the conflict between your central character’s conscious and unconscious desires.

There you have it!

The 5 most important (and tough) questions you need to ask yourself in order to make your second draft better than your first. With the help of these questions to guide you along, your re-write will be a painless and enjoyable process.

Keep in mind, a well-written script doesn’t always lead to a sale, but it can lead to a meeting and a basis for a relationship with a Hollywood executive.

And at the end of the day, this town is all about great writing and building relationships.