Answering the Questions that Will Bring the Right Producer to YOU 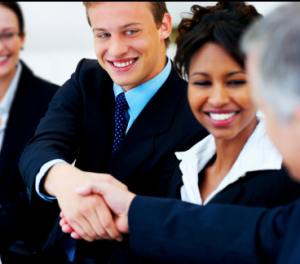 Filmmakers are always trying to convince somebody to read their work, when they should really be striving to create work that people (and producers) actually want to read. If you can do that, then the path to success will become much clearer and you greatly increase your chances of achieving a positive outcome for your project (i.e. financing, production, distribution).

So here’s the million-dollar question: How do you get a producer to come after you? And just as importantly, how do you create material that people will line up to read?

This end goal must be broken down into a series of questions you should constantly be asking yourself as a writer or filmmaker in Hollywood. So let’s jump right in…

The best way to begin this process is to gain a thorough understanding of how the various markets in Hollywood work, and then really explore what the buyer for a specific market (your market) needs to fill their project pipeline. What are their agendas and objectives that must be fulfilled in order to successfully do their job and elevate their own stature and career? This is where we start getting into the needs of the producer, which is extremely important for you to understand as someone who wants to get their project noticed…

Some of them also need to satisfy very specific market pipelines, meaning they might have an agreement with a distributor or a financing company that they need to supply with a specific product — and they need to deliver a certain amount of that product to fulfill those agreements.

It’s very rare that a producer will deliver just anything to anyone, because they usually have a few select niches that they work within. The exceptions to this are the massive production companies and massive studios that have different departments focusing on every particular media outlet. Most producers have an area of specialization—a specific set of relationships with financiers and distributors and access to specific kinds of talent.

At this point, it should go without saying that one of the most critical elements of becoming a successful writer or filmmaker is determining which market YOU are in, otherwise you’ll be chasing the wrong producers and wasting everyone’s time (including your own).

To really bring this home – if you have a horror project, then target producers that are actually looking for that type of content, not a producer looking for an action tent pole or a romantic comedy. This is a very generalized example meant to make a point, but it’s very important to remember that market goes much deeper than just genre.

Question #2: What Does the Producer Need?

Starting at the very beginning and from the widest context, you have to be in the business of having great material. It would seem that this is a given, but it’s where a lot of filmmakers fall short—they think the majority of the work is in the idea and that somebody should just fall in love with it. But this is a BIG mistake. You need idea plus execution. You need to be in it for the long haul and let your project evolve as you progress.

We get a lot of complaints from filmmakers like, “I’ve been developing this for so long and I’ve revised it so much already based on different feedback, I don’t want to do anymore of that, so just introduce me to somebody.” That’s usually a big red flag in the industry, because the process of getting a green light is one of constant working and reworking of materials in order to create a viable project.

Refining your project in advance of getting in touch with producers is paramount. You typically have just one shot with a producer — and you MUST deliver great material, because you likely will not get a second chance.

A Producer Needs Someone Interesting

The next important element is this: Be Interesting! This is a combination of your content, why you have it, where it comes from, what is unique and special about your point of view on it, and then also – what makes YOU interesting or unique as a person? Are you an interesting person to some degree? Obviously, interesting is a very subjective word, but being somebody that others find fascinating and/or enjoy being around will go a long way. Selling a script is more than just the dialogue and the story – the persona of the writer is crucial as well.

It’s not going to compensate for poorly executed material, but when you’re taking all of this into account, your pitch becomes much more powerful.

A Producer Needs Someone Who Will Help Them

The third critical element is to be helpful. This comes back to the first point—if you can create great material, be interesting, and then also be helpful to the person that you’re talking to (versus being the one who’s always “asking” for help) then you’re really in business.

You must accept the fact that, although you’re an artist and creating great material, you’re also operating in a market. So you are a marketer, and the cornerstone of all great marketing is that it satisfies somebody else’s needs, not yours. So answer these questions for yourself:

More on Getting a Producer

There’s another factor you need to learn how to implement in order to land a viable producer for your project. After you’ve created awesome material, identified your market, and brought forth the ideal elements that a producer wants, you still need to give your project a great hook. Having a unique hook will get a producer seriously interested in your idea.

Stay tuned for next week to learn more about this last crucial piece of the puzzle.