It’s been an incredible year for the Voyage family and we’re so grateful to you for your hard work, dedication and commitment to your craft. You’ve inspired us in unimaginable ways.

As we prepare for an even better 2018, here are some highlights we want to celebrate looking back…

Welcome Baby Myles + Our Revitalized Commitments to You 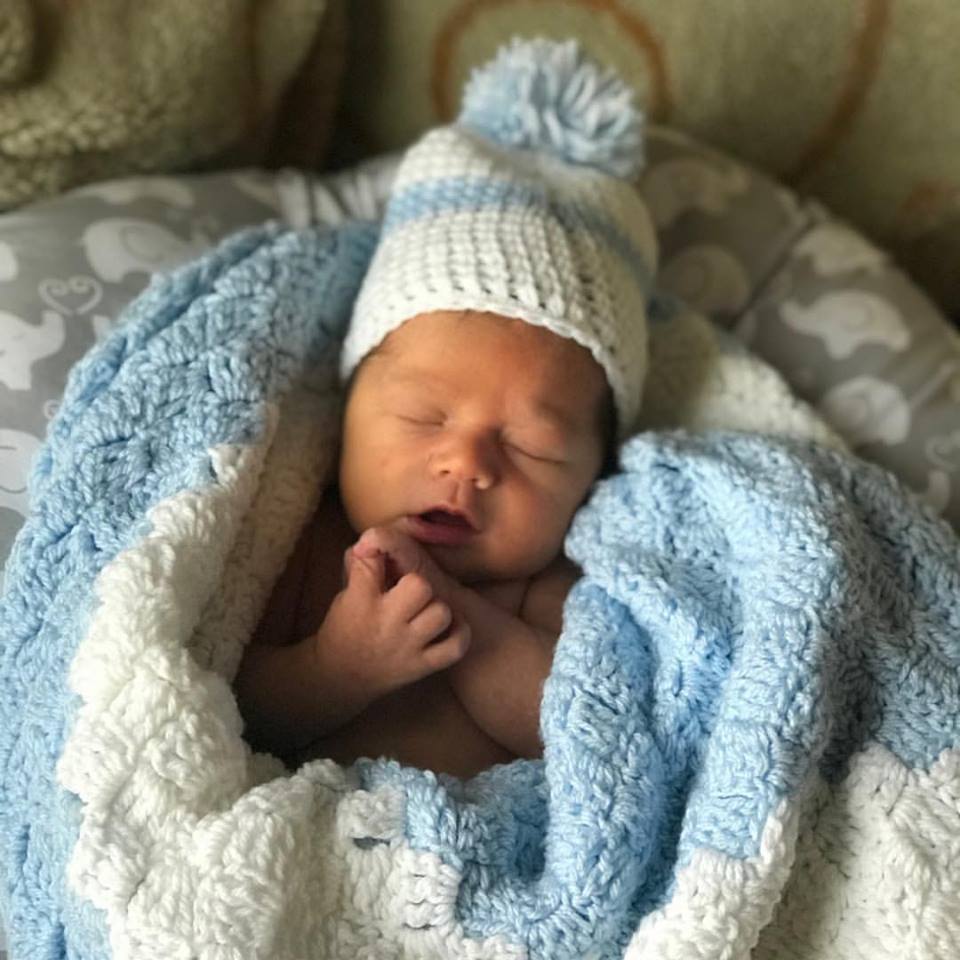 We are thrilled to announce that our Operations Manager Elizabeth Upton gave birth to a healthy baby boy in November!   If you were at our gala in May, you may have caught a peek of Myles with his mama walking the red carpet 🙂  Mother & baby Myles are doing well!  In other Voyage news, this year was huge for our commitment to altering the way Hollywood does business by building a studio for the creator, by the creator. We launched a crowdfunding campaign this year that produced some extraordinary results:

Thank you to our investors who joined our mission to create a friendlier Hollywood that works for everyone & share great stories with the world. We’re so happy to have you in the mix! 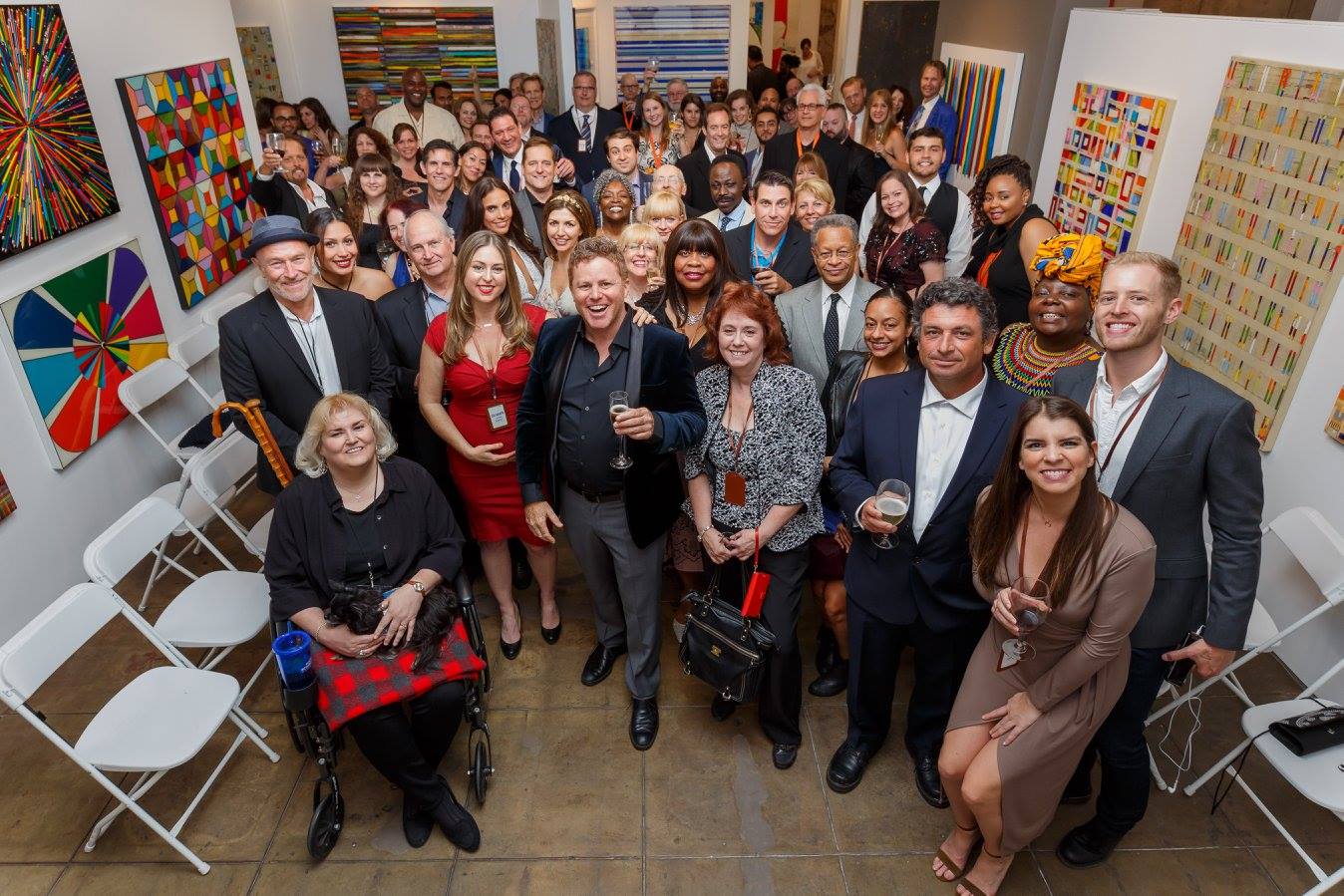 Coming off the heels of our successful crowdfunding campaign, we were inspired to up-level the Voyage Mission & Vision by making some heart-centered updates to our commitments to our community, partners, investors & society. We did a deep dive look within the company & spent two days in a retreat honing in on our mission & vision for the company & the Industry. Click here to read our revitalized mission & commitments.

Your Movies & TV Shows Are Getting Made

This year we’ve reached an incredible inflection point, with deal flow and successful outcomes for projects from our community reaching an all time high.

MY DADDY IS IN HEAVEN (Feature) is in post production as we speak, and is set to be released in March 2018. The film was adapted from the book “My Daddy is in Heaven” by bestselling author & Voyage investor Rebecca Crownover.

The story follows a young girl who learns to accept the death of her father in a tragic accident through her faith in Jesus and her relationship with her mother. Based on a true story.

ALIVE DAY (Feature) is based on the novel “Six Days to Zeus” by Samuel Hill. Samuel worked with our producer Kathleen McLaughlin to develop the story & now we’re in talks with Phillip Noyce (SALT, THE BONE COLLECTOR) to get the project financed & made.

The story: based on true events, when a top Special Operations commander loses his entire team in a friendly fire incident that leaves his body wrecked, he finds himself facing a court martial and a life back home that is falling apart. With the help of an FBI Agent and a committed lawyer, he finds a way to overcome adversities and establish a program to help other Special Op veterans.

DR. HOPE SHOW (Reality Show developed by Jennifer Klenk, Dave Pack, Heather Beck in collaboration with Voyage producer Cerise Fukuji) The show follows the work and life of veterinarian Dr. Hope, a little person with a huge love for animals of all shapes and sizes. The project has a deal with ITV America/Leftfield Pictures (AMERICAN GRIT, PAWN STARS, ALONE, CUTTING IT IN THE ATL) & is coming to a TV near you next year.

HADY BIZZNESS (Feature by Byron Williams) based on a true story, when a struggling music producer is hired to be the personal bodyguard of hip hop phenomenon Eminem, his life quickly unravels as he falls deeper into the turmoil of the troubled rapper’s public and private life.

DYING TO GIVE (Feature by Gary Shelly) A law that gives doctors the ability to declare a person dead when brain activity has ceased causes family turmoil, forcing a young mother to decide whether or not to donate her daughter’s organs.

HIS SUNRISE, MY SUNSET (Feature by Jan Hurst in collaboration with Voyage Producer Dan Benamor) We’re heading into production on this film adaptation in Q1 2018!

The story: After the death of her husband, a woman finds solace in her religion and a widow’s group.

THORN OF THE SNOW ROSE (MOW by Ruth Mullany & Jeanne Lamsam) Based on the novel: when her aunt dies mysteriously, an insurance fraud detective returns home, only to find that she must uncover the truth about her own family’s past before she herself becomes a victim of murder. This film is partially financed and in active negotiations with a studio for full financing.

FINDING A WAY HOME (Feature by Nancy Price, in collaboration with Voyage Producer Brian Young) Based on the novel, “Had A Dream:” a woman who has been estranged from her family returns home when she learns her father is dying and learns the truth about the death of her younger sister and the burden she has carried all these years.

RED TRAIN (Feature by Steve Bynoe & Peter Van Horne in collaboration with Mike Chamoy) After a group of sadistic bank robbers take a subway car hostage, the conductor, FRANCINE, must free the hostages and guide them to safety before a monstrous creature that lives in the tunnels (and left her for dead six months earlier) kills them all.

SAVING GRACE (Feature by Pamela Fagan Hutchins, in collaboration with Voyage Producer Brian Young) A high-strung lawyer travels to the Caribbean to uncover the truth behind the mysterious death of her parents. While there, she is seduced by both the tropical location and a charming chef.

DRAFTED! (Feature by Ray LaForest, in collaboration with Voyage Producer Maher Jafari) After getting drafted into the army by a new law, a group of senior citizens deliberately make their superior officers’ lives miserable in an effort to get discharged before being sent into combat.

COWBOYS, ARMAGEDDON, AND THE TRUTH (Feature by Scott Terry in collaboration with Voyage Producer Kathleen McLaughlin) A rebellious child runs away from his abusive life and transforms the lies of his past into his joy and acceptance of his gay life.

LONG SHOT (Feature by Sylvia Harris in collaboration with Voyage Producer Jesse Israel) An African-American woman who has struggled for years with mental illness and homelessness that has led to estrangement from her children because the first black female ever to complete as a jockey in Chicago, and the 2nd ever to win a race.

MOSES OF WALL STREET (Feature by Ron Tank) Source material is a non-fiction, non-narrative self-help book detailing a method of investing in the U.S. stock market based on the author’s interpretation of Christian scripture.

THE SHERIFF’S WIFE (Feature by Larisa Dirkzwager in collaboration with Mike Chamoy) When the local Sheriff is killed in a home invasion, Svetlana tells her son who becomes the new sheriff, the story of how she went from being a cop and martial arts champ in Russia to a horse trainer in North Dakota.

In addition to the success of our crowdfunding campaign, we brought on a new SVP of Originals and Partnerships to focus on identifying partners who we could align with in the effort to finance and distribute your projects.

Brad Luff, SVP of Originals & Partnerships
Brad has been in development for close to 30 years. In that time he’s worked as Executive Vice President for Original Film, President of 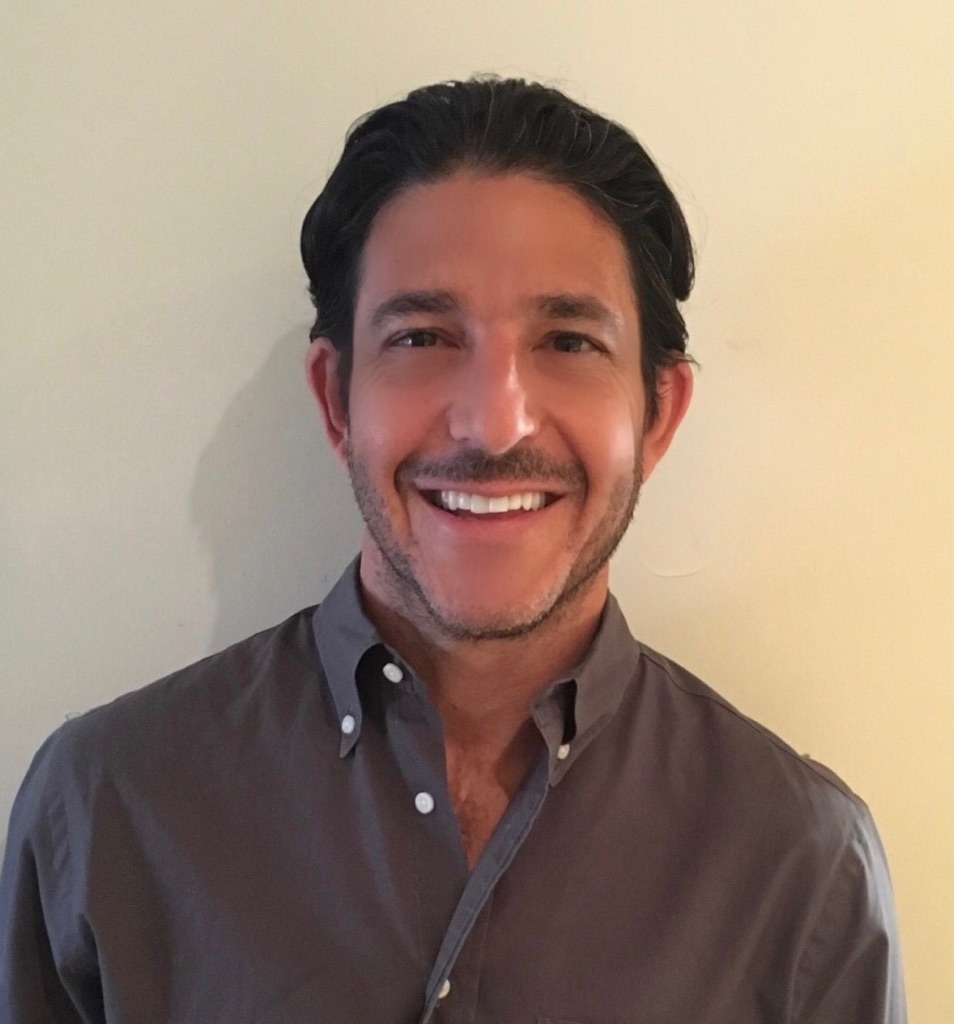 Production at Morgan Creek & The Mayhem Project, and Senior VP of Production for Sony Pictures, to name a few. He’s also produced over 25 film & TV projects, including SCORPION KING, APOLLO 18, SOUL SURFER, THE EXORCIST: THE BEGINNING, SAVING SILVERMAN and TWO FOR THE MONEY to name a handful.

Plus, this year we’ve welcomed some talented new producers to our growing team…

Adam Fratto – Most recently Adam co-Executive Produced HAVEN, a supernatural drama based on Stephen King’s “The Colorado Kid” which aired on Syfy. He started his executive career at Mutual Film Company and then served as Creative Executive for Michael Douglas’ Further Films where he developed such titles as WONDER BOYS, ONE NIGHT AT MCCOOL’S, and SWIMFAN.

Daniel Schnider – Daniel has spent the last 20 years as a producer & executive in the film & TV businesses working across all genres. In addition to running Zoe Saldana’s production company, Daniel spent half a decade partnered with Dr. Dre at Crucial Films, where he developed the Oscar nominated smash hit STRAIGHT OUTTA COMPTON. 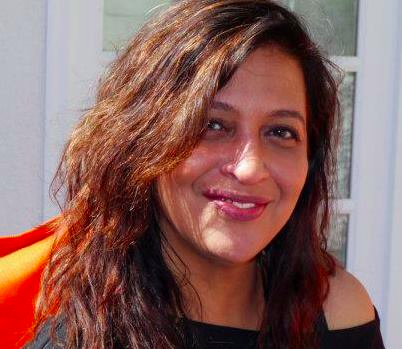 Durey Shevar – From greenlight to structuring and monetizing contracts and tax credit, production and post production to delivering the film and making sure it passes quality control, Durey is a one stop shop. Plus, she has produced and monetized over fifty films in Hollywood! 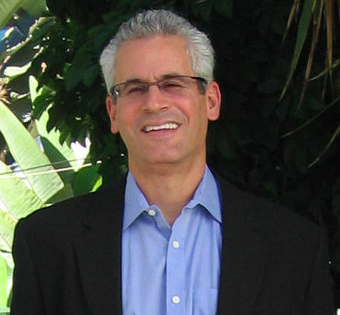 Graham Flashner – Graham is an Emmy nominated screenwriter and producer with over 25 years combined experience in both scripted and unscripted (reality) television. He has worked on projects for CBS, FOX, Discovery, TLC, Lifetime, NBC, WE and TruTV.

Miura Kite – Miura spent 10 years as Head of Development at Playtone (Tom Hanks’s company), overseeing both film and television projects including BIG LOVE, CHARLIE WILSON’S WAR, WHERE THE WILD THINGS ARE & MAMMA MIA! to name a few. Within the last 5 years Miura has focused her attention on TV development with TV studio deals including Endemol Shine Studios and ITV America Studios. 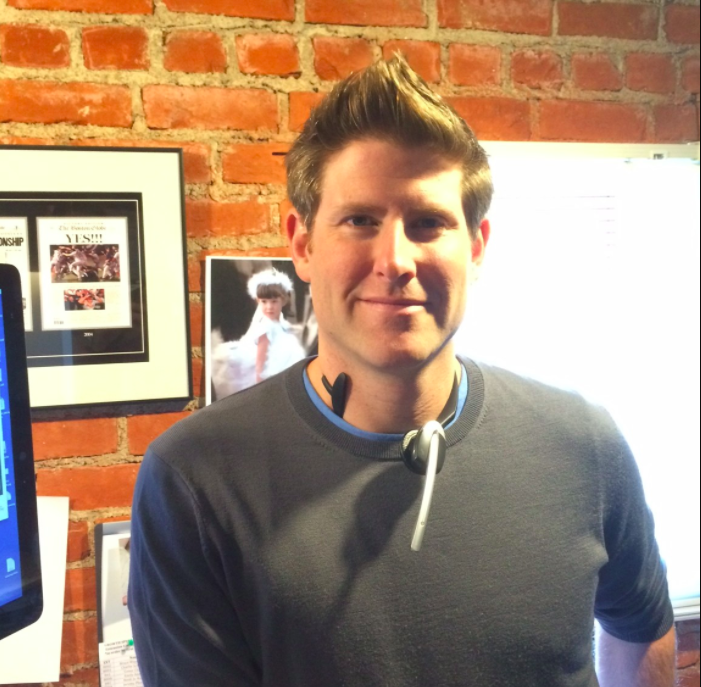 Jesse Israel – Jesse Israel is a film and television producer based in Los Angeles who used to work with Voyage a while back & is now on our roaster once again. Throughout his career, Jesse has worked on projects like THE BLIND SIDE, THE BOOK OF ELI and THE LATE BLOOMER.

Russell Marleau – Russell has worked in the industry for over 20 years with credits as a producer, writer and director. He worked on the Emmy Award winning LIFE WITH LOUIE in addition to selling several original screenplays to various companies and developing shows for studios such as Fox, ABC and Disney.

Wendie Margolis – Wendie is an independent producer and former studio executive with extensive development and production experience. She spent more than 14 years as an executive at Columbia Pictures, Universal Pictures, and Walt Disney Pictures. She has worked on projects like THE KARATE KID, GHOSTBUSTERS, BLUE THUNDER, OUT OF AFRICA, A LEAGUE OF THEIR OWN and CINDERELLA STORY.

We acknowledge you for your commitment to your creative pursuits this year and can’t wait to see what next year has in store.Cheers to a wonderful 2017 and an even better 2018!