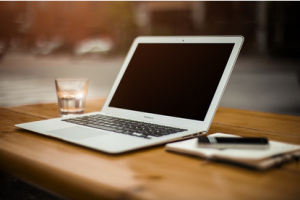 These days treatments and presentations can’t be run of the mill considering what’s at stake. They need ideas that haven’t been seen before. The toolkit used to tell stories is getting refreshed almost daily but it all still starts on a blank piece of paper. It’s going to take bold, imaginative thinking to stand out. What’s more, this creativity has to be applied to the new medium of the Internet where anything goes.

Being a writer, faced with these daunting thoughts, I always rely on my creative process, which applies a salad of different philosophies to the challenge of coming up with big, new ideas. One school of thought believes the best, most original thoughts, especially when writing images for the screen, come from the subconscious.

James Cameron once said he had a nightmare about an invincible robot hitman sent from the future to kill him. Hence, The Terminator. I too subscribe to this theory and diligently write down any visions I’ve had while sleeping. Although at times it’s difficult to remember what I’ve dreamt, I find it a vital process. As we enter an age where graphic photo-realism can be applied to almost any concept, where there are 10-second horror film banner ads, no avenue to original ideas can be overlooked.

But I also like to have a grounding sense of the reality of a concept. I like to dig into the most granular, un-thought-of details about a subject before execution. And I’m a firm believer that reference like clips, films, books and photography is just the start.

As much as possible, I’ll actually go out and experience a topic first hand. Call it Method writing, for lack of a better term. Once, while composing a treatment, I addicted myself to the films of Al Pacino. Shades drawn for two days, I woke up late, dressed only in a ratty bathrobe, put a Pacino classic in the DVD and hit play. To further substantiate the process, I attended real 12-step meetings and soaked up as much atmosphere as possible. In the end, that extra experiential immersion made all the difference on the page. By combining these personally lived insights and mixed media to the project, the story grew and deepened.

The point of constantly developing an artistic intelligence is to initiate better writing. But it becomes that much more urgent and complex as the Internet evolves into a new canvas upon which to create. Video games are converging with movies, which are converging with advertising; and all of the above are converging with that element that hasn’t even been dreamt of yet. Who will be the one to come up with it? And what will it be? With a task so big, nothing can be taken for granted and every route to new ideas must be embraced.