Know Your Audience. Without it, You Won’t Get Your Project Made

We always recommend starting at the end of the game. The end of the game is when you have audiences watching your content. Ultimately they are the buyers of the material and everyone else between you and them is basically trying to interpret and predict their needs, so you too will be well served to understand who your audience is and then develop the right product that they will want to “consume”. 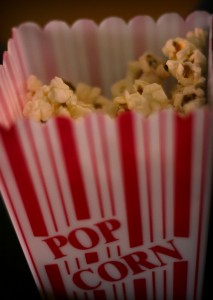 In turn if you don’t know what market you’re in, then you won’t know how to potentially do two things:

You won’t know how to write your screenplay to hit a specific budget or you won’t know what budget you need to target and then you won’t know the correct tone. For example, a made for TV movie has a very different aesthetic and a tone than an indie film intended for like global audiences.

Also very important, you won’t know who to target for your management team.

I can tell you a story of not knowing who the audience is and how that went. It’s a perfect example of what not to do.

When I first started out in the entertainment industry about 15 years ago, I had what appeared to me as like the greatest idea of all ideas and I didn’t know anything about the market and I didn’t think through to the end of who would want to watch this film and what sort of format they would probably want to watch it on and how big the audience was, and so therefore, what’s the relevant budget level and everything we’ve talked about above.

I was pitching this multimillion dollar Imax project and I spent two years of my life trying to make it happen and I had basically made very little progress on the project. Literally the day after my rights expired, they got picked up by Dateline NBC and made into a 15 minute news special. So that was the hugest wakeup call of my career in that the audience for my project was a television audience not a multimillion dollar Imax movie audience.

First of all, I wouldn’t have wanted to make that. I was not interested in the news business, but had I taken that project and really analyzed it and did some sort of deep work on understanding who the audience would be, I probably would have ended up at some small little documentary or like what actually occurred. What the market wanted was a 15 minute news special.