The Book Adaptation Business: Keys to Turning Your Book Into A Film Or Original Series 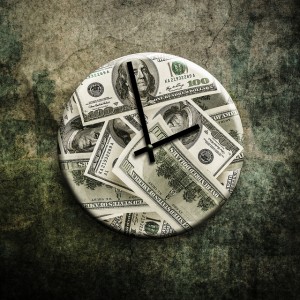 In Part 3 of Keys to Turning Your Book Into A Film Or Original Series we talked about creating short form materials to help facilitate getting producers to read your work and this week we’re going to talk about why creating short form materials help a producer not just save time, but also save money. When a producer is deciding which projects to focus on, which aren’t projects to consider, and which projects to option and acquire, they’re largely considering three major things:

These questions can help your film project stand out.

A Closer Look at Costs

In the case of a producer in Hollywood who’s the signatory to the union, when they’re looking at a novel to adapt, one of the first things that they’re likely to need to do is hire a screenwriter to develop the material into a treatment or screenplay. The minimum union scale for a writer in the Writers Guild of America is roughly $17,000 for one draft of the treatment and about $50,000 to $60,000 for one draft of the screenplay—and that’s the minimum union scale for a writer that nobody’s ever heard of. And all of that money is at risk, meaning even though they’ve hired a union writer, it doesn’t mean they’re going to be happy with the work.

The author, who may be in the business of commissioning a screenplay or a treatment, is most likely not a signatory to the Writers Guild of America and therefore has the ability to hire nonunion writers to provide the same result for a fraction of the cost.

A Closer Look at Speed to Market

In addition to the cost, it can take between one to two months to create a treatment or three to five months if the producer decides to commission a screenplay. This is a pretty consistent time estimate, regardless of whether the writer is union or non-union.

Economically, the point is this:  If you are a little known author, but you show up with a screenplay in hand that’s been written at a professional level, you’ve saved that producer five months of time (and nearly $60,000).  So having a screenplay complete before going to market can save you and the producer a ton of time and money, and more importantly, make your project more appealing to producers.

A Closer Look at Market Needs

Make it easy for the producer to say yes. You can do this by solving their money and time problem and by creating these short form materials. Most importantly, you must have a clear idea of the market your project belongs in so you know which producers to target!

So over this 4 part series we talked about the major Keys to Turning Your Book Into A Film Or Original Series. From identifying what attracts producers, identifying your market, adapting your story, and how adapting your story and creating short form materials makes the producer’s life easier and greatly increases your project’s shot at getting made!